Cleveland is Ready for 100

Did you know Cleveland was the first city in Ohio to adopt the goal of 100 percent clean, renewable electricity by 2050?

With Cleveland’s Climate Action Plan 2018, we can look forward to becoming a “green city on a blue lake” — a  community powered by an equitable energy system of wind, solar and other advanced forms of energy generation.

Released in September, this plan reaffirms Cleveland’s commitment to climate action, particularly after the U.S. withdrawal from the Paris Agreement on climate change in 2017. The plan consists of six focus areas, one of which includes clean energy:

Cleveland joins 88 other cities involved in the Sierra Club’s Ready for 100 campaign. The purpose of the campaign is to inspire our leaders to embrace a vision of healthier communities.

Why should we care about making the transition to renewable energy?

We have poor air quality in Cleveland, finds the American Lung Association. Cleveland is the 10th worst city for annual particle pollution in the country. Transitioning from coal and other fossil fuels to renewable, non-polluting sources of energy, like wind and solar, will eliminate one of the biggest problems contributing to pollution.

Cleaner air reduces the risk of premature death, asthma and lung cancer posed by air pollution. With higher rates of asthma, especially among low-income communities, renewable energy is as much a public health issue as an economic or environmental one.

Cleveland already leads Ohio in clean energy jobs and ranks 28th in the country. A commitment to 100 percent clean, renewable electricity will likely grow the clean energy industry and create even more jobs across Northeast Ohio.

Low-income Clevelanders already suffer some of the highest energy burdens in the country. These households pay a higher percentage of their incomes on energy bills. Ensuring equitable access to the cost-saving benefits of clean energy must be an essential priority for Cleveland. Renewable energy across the United States is cheaper than ever — and costs are going down at impressive rates. In Colorado, for example, Xcel Energy finds solar and wind is cheaper than existing coal generation.

Jocelyn Travis, Cleveland’s Ready for 100 campaign coordinator, says community engagement is key as cities like Cleveland make equitable and just transitions toward clean energy. She emphasizes how our city must show concern for its disadvantaged and vulnerable populations — those who have to decide to either pay the electric bill or buy groceries. Dialogue, education and inclusivity are essential components of the campaign and necessary for Cleveland to achieve these goals.

We should be proud of Cleveland’s commitment to 100 percent renewable energy, but the work is only beginning, and we need to make individual commitments to increase our awareness and become involved. Email Jocelyn at jocely.travis@sierraclub.org to learn how to get involved with Cleveland’s Ready for 100 campaign. She relies on volunteer engagement and action. 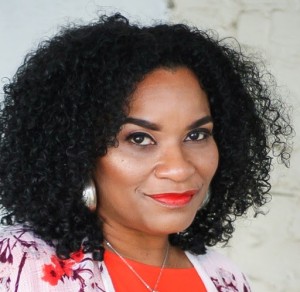 Zoe has a 9-5 doing what she loves, designing learning solutions for employees at a cool company, and a 6-11 also doing what she loves, blogging and helping female business owners. You can check out her blog www.gonegirlgo.com and her contributions to Black Girl in the CLE.
PrevPrevious postGirls are Watching
Next postNuns Have More Fun: Party Bus for Tax JusticeNext