Malaz Elgemiabby is a woman of many talents. The founding Principal and Executive Director of ELMALAZ, an architecture and design studio in Cleveland, Ohio, she is a designer, photographer, and teacher. With her most recent project, you can now add that she is owner, builder, and operator of a mobile van studio.

Elgemiabby’s project is a converted camper van, a video-based, storytelling studio called Habboba Van. The name Habboba is inspired by Elgemiabby’s Sudanese roots and by her late grandmother’s legacy of radical hospitality and community building through storytelling. The van aims to amplify the unheard voices within communities and how they are connected to their urban environment.

Elgemiabby took time to find the perfect van for this studio. It had to have just the right spirit. She did not want a new van or one that was too modern; rather, she sought a van with some life in it, where everyone would feel welcome. In the early spring of 2020, after three trips to Michigan, Elgemiabby secured the right van and began the renovations in Cleveland, Ohio.

In the beginning, many volunteers came together to help with the van. Some donated food;  others donated their mechanical and/or design talents. They were able to find a place for everyone to help–from an eight-year-old, to high schoolers, to a seventy-year-old, everyone could do something.

However, once COVID-19 hit in March of 2020, many volunteers were unable to help, so Elgemiabby found herself doing much of the work. As many of us found during the beginning of the COVID-19 pandemic, plans and ideas shifted and moved around. Elgemiabby turned her focus to community assistance and care packages work for a few months.

Now, though, she has refocused on the Habboba project.

The idea of the Habboba Van was born a year or so ago when Elgemiabby began work at Cleveland’s Ohio City community center.  As a way to research, Elgemiabby, who also lived in the Ohio City community, began to drive for Uber andLyft; in her role as driver, she heard many of the community members’ intimate stories. Those conversations from the people of her new community–the shared dreams, worries, struggles,the often unheard stories of the people–

sparked something in her.

The Habboba Van aims to build an “invisible structure of empathy, that will help communities be more inclusive, peaceful, and genuinely connected,” Elgemiabby says. Habboba will bring forward the often untold, unheard, and unseen stories of our communities. Elgemiabby wanted to build something that “doesn’t ask you to come to it, rather it goes to the community.”

“In Sudan, storytelling is very important and builds community,” shares Elgemiabby. The Habboba  Van will allow for intimate conversations to occur over coffee and food. Elgemiabby plans to cook Sudanese treats and offer a listening ear.

As the inside work nears completion, plans for the outside of the Habboba Van are underway.  Iraqi-American calligraphy artist Kubra will paint people’s words that describe their grandmothers in English and Arabic on the van, paying homage to Elgemiabby’s grandmother and storyteller.

To share your special words about your grandmother with Elgemiabby, you may submit them at habbobavan@gmail.com.

The first series of stories coming out of the Habboba Van will focus on the decades-long crisis of environmental injustice of Lakeview Terrace, in Ohio City. “WE CAN’T BREATHE ” will consist of “stories of residents who have been chronically impacted by the alarming air quality issues caused by private quarries and systemic racism in urban housing, Elgemiabby tells us.

She has plans for other series as well, but to bring those plans to fruition, she needs our help. To learn more about the Habboba Van, and to make a donation, visit the Van website. 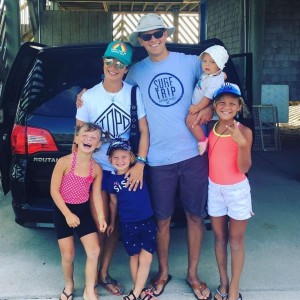 A Peninsula, Ohio, native, Emily Holody is a stay-at-home mother and freelance writer with a degree in sociology from Kent State University. She has a background in mental health and social work, loves all things outdoors and lives in Euclid with her childhood sweetheart and their family.
PrevPrevious postCleveland Youth Lead Citywide Kindness Challenge
Next postLocal Toys for Tots Drive Offers Wraparound Support for FamiliesNext