Historic baseball and the future of one Cleveland neighborhood

The founder of the Baseball Heritage Museum was offered a spot in the newly restored League Park, the east side ballpark that served as Cleveland’s main sports venue for the first half of the 20th century. But it would mean leaving downtown Cleveland.

“I remain committed to downtown, and I think it’s an important location for us, but we just had to move to place in Cleveland where baseball really started,” says Zimmer, who envisions having some kind of satellite location somewhere downtown. “People are coming from all over the world to see League Park. It’s a truly historic place.”

Awareness, attendance and programming have steadily increased in the three years the museum has been at the intersection of East 66th Street and Lexington Avenue. This year, the museum received a grant through the Cleveland Indians’ Larry Doby Youth Fund and has started fielding its own youth baseball team. Zimmer says he wants to continue on that track while becoming a good neighbor in the city’s Hough neighborhood.

The Baseball Heritage Museum started in the window of Zimmer’s business, A. Sisser Jewelers on East Fourth Street, in 1997. The Indians’ new downtown home, Jacobs Field (now Progressive Field), was hosting the MLB All-Star Game. Zimmer started displaying items from his own memorabilia collection. “I’ve been collecting stuff since 1962,” he says – focusing on the Negro Leagues, a nod to his African-American customer base. In 2006, the museum moved into its own space in the Colonial Arcade. At the time, League Park was languishing, but that would soon change.

The ballpark, which opened in 1891, was largely abandoned by the early 1950s, with teams opting for Cleveland Stadium (demolished in 1996 and replaced with what’s now called FirstEnergy Stadium). Most of League Park was torn down, but the building at East 66th and Lexington – once home to the team and ticket offices – cycled through a variety of uses. But a transportation study by the League Park Heritage Association jumpstarted plans for reuse, championed for years by Cleveland Councilwoman Fannie Lewis.

Zimmer owns the building across from the ballpark, home to Gensert’s Drug Store in the days League Park hosted the Indians. He’d like to use it to display more of the collection (a significant display on Cleveland sports broadcasting, part of the museum in its Colonial Arcade days, is currently in storage), and add a soda fountain, tentatively called Charlie’s in honor of Charlie Jamieson, who played the bulk of his career at League Park for the Indians.

The project has been met with some resistance, primarily from T.J. Dow, the councilman representing the area. But Zimmer sees it as a key component to the revitalization of the neighborhood.

“I see East 66th Street as a true walkable neighborhood,” he says. “And this corner is part of the historic fabric of the neighborhood. What drives me is community redevelopment. It’s not about buildings. It’s about people and creating great things, and I think this neighborhood deserves great things.” 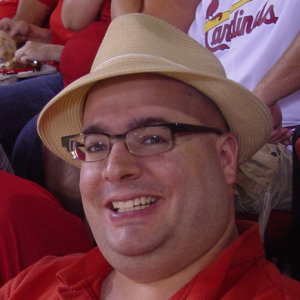 Vince Guerrieri is a journalist and author in the Cleveland area. A Northeast Ohio native, his work has been featured in Ohio Magazine, Cleveland Magazine, Belt Magazine, OZY.com, the Hockey News and POLITICO.
PrevPrevious postSupportive mom inspires Cleveland-based film
Next postShop secondhand, support a second chanceNext