Lemons to Lemonade: Turning Life’s Hardships into Adventures in Advocacy

It’s been said, when life hands you lemons, you make lemonade. In these hot, sweltering days, who couldn’t use something refreshing like an ice cold glass of free lemonade.

When a new marriage brought Barbara Anderson’s family into Cleveland’s Slavic Village in the ’80s, they were the first African Americans on the mostly eastern European street. After an initial invite to a block club meeting, her family was threatened, harassed and firebombed repeatedly. Rocks were thrown at her children walking home from school and even thrown through a kitchen window, hitting her daughter in the head.

But Barbara was no stranger to hardship. When she was 5 years old, her younger brother and she were found abandoned on a porch; subsequently, they went to live with a foster mother, who poured into Barbara strength and conviction, like a recipe for life-sustaining lemonade. Her foster mom, Mama Crockett, demonstrated by example that everyone deserved not one or two, but multiple chances – as many chances as it takes to get it right. Giving up on oneself or others was never an option.

Mama Crockett always believed the best in people and taught that if you let it, negativity will swallow you up – so don’t let it. Barbara didn’t want her children to be swallowed up from the devastating experiences of racism, so she set out to show them how to advocate for change.  She spoke out against housing discrimination and vowed to be a force for good, just like Mama Crockett.

In 2007, Barbara established Another Chance of Ohio (ACOO), a nonprofit to help those in need. Specifically, ACOO operates a Free Store (near Slavic Village), as well as homes in Cleveland Heights for domestic violence survivors, homeless veterans and youth aging out of foster care.

Shortly after moving to Slavic Village, Barbara’s sister, a domestic violence victim, and her children moved in as she fought and lost her battle with breast cancer. Barbara promised to raise her four nieces and nephews alongside her own four children. Now, with a family of 10, they struggled to make ends meet. As she shopped thrift and charity stores, she found that while clothing for one might be inexpensive, multiplying it by eight made it more difficult. And that is why everything at ACOO’s Free Shop is completely without charge, including gently used clothes, housewares and appliances.

Janie’s Home, named after Barbara’s sister, is a place for survivors of domestic violence who need to escape the abuse and their abusers. Pete’s Place, named after her brother (a Vietnam Veteran), is a dormitory-style house that assists homeless veterans with getting back on their feet.

Mama Crockett’s Home is a place for youth who’ve aged out of the foster care system. Barbara was even able to secure a generous donation from Cleveland State University what will allow youth from Mama Crockett’s Home to attend CSU tuition free if they can pass the entrance exam, giving them an opportunity to create a better chance for themselves.

There were many times when Barbara could have gotten discouraged and become bitter about her experiences, neighborhood or society. But at every step, she asked herself, “What could she do to make the situation better?”

When her house was firebombed, and she became a victim of predatory lending, Barbara not only found help for herself, but also helped others. She began organizing her community and used her voice to testify in the U.S. Senate for fair housing appropriation in the federal budget. She testified before then Ohio Gov. Richard Celeste to pass a racial intimidation law. When her neighborhood was devastated by the foreclosure crisis, she implored U.S. Sen. Barack Obama, who was on the presidential campaign trail, to do something about the unfair lending practices. Her voice was amplified when her work was featured in a film, “Cleveland vs. Wall Street.”

Don’t let negativity swallow you up

Barbara Anderson found a way to not let negativity swallow her up, while also paying tribute to those who’ve helped her and becoming a changemaker in the community. She knew housing discrimination, homelessness and poverty were big issues – that’s why tackling these requires a lot of people.

Barbara believed, with enough people lending our voices and staying active, each of us doing what we can to contribute something to the mix, we can make real change. The world today sometimes feels like it’s raining lemons. But every day allows us another chance to be a changemaker and make the lemonade.

Another Chance of Ohio is always looking for donations, particularly for men’s clothing and personal hygiene packs, either in purses for the women or backpacks for men, consisting of feminine hygiene items, paper products, shampoos, lotions, razors and socks.

At the beginning of July, ACOO had their truck stolen. This truck was donated to pick up appliances and other bigger donations to transport to and from the store and homes. If you have a working truck sitting in the yard that you are no longer using, think about donating it to ACOO.

How can you advocate in your own neighborhood? Get involved in a block club (or start one!). Write letters to your legislators about what your community needs. Help a neighbor who you know is struggling. Be a changemaker and make the lemonade. 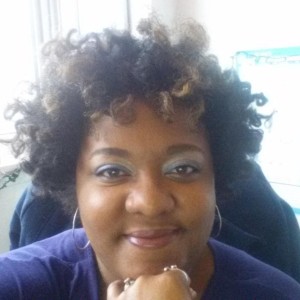 Darlene Norwood English is a writer, blogger and social justice advocate in Cleveland, Ohio. Ms. English is a founding contributor for WISH Cleveland, and has written web content for fair housing blogs highlighting issues plaguing Northeast Ohio. She also blogs about parenting and life at www.MeMomselfAndI.com.
PrevPrevious postWomen Are Leading the Way in NEO
Next post400-mile mission to ‘hook up’ the homelessNext