Back in elementary school, the playground was everything.

It’s the place of that cherished period — recess — where kids could unwind and release their energy amid a flurry of swings and monkey bars. Where games of four-square and tag were played until that annoying bell rang to usher kids indoors.

Unfortunately, the simple act of playing outside is often being replaced by virtual “play” on video games and phones.

Recess Cleveland wants to counterbalance screen time, aiming to encourage children — and people of all ages — to have fun interacting with others. The nonprofit hosts pop-up recess events in schools, parks and areas lacking safe spaces to play. Their events bring back recess as you remember it but way better — and without disruptive school bells.

The idea began with a simple game of dodgeball.

“Back in high school [at University School], I was one of the best dodgeball players at the school,” says Alex Robertson, Recess Cleveland executive director.

Ten years later, he had an “itch” to play dodgeball again, and asked five youth from his neighborhood if they wanted to play a game. Four of the five hadn’t played before. “I felt like that was a disservice to recess,” Robertson says. So, with help from Neighborhood Connections, he started Recess Cleveland.

The initial goal was creating pop-up games of dodgeball, soccer, kickball and other recess games. When they officially launched on Robertson’s birthday (Aug. 9, 2015), the event in Glenville attracted 100 people. Along with dodgeball games, there were hula-hoop contests, Skip-Its, food, music, jump roping, tug-o-war and more.

At this first pop-up, Robertson noticed a 65-year-old woman pitching a ball to a 5-year-old. “During that moment, my world stopped, and I knew we were on to something special,” he says.

These moments, which are often free to the public, feature a combination of old and new activities with a mix of nostalgia and hope for a brighter future.

Every Recess Cleveland event begins with what Robertson calls a “Freecess,” where several activities, like hula hoops, balls, jump ropes and so on, are set out for everyone to “create their own adventure.” After this time, the inflatable bounce houses and human bubble balls are blown up. Once enough participants are present, they initiate group games of kickball, dodgeball, etc.

“In neighborhoods where we show up weekly, there is always a convoy of people waiting with smiles when we arrive,” Robertson says. “In new locations, it’s often the kids that can’t wait for us to finish setting up that become our volunteers.”

The goal isn’t just to have a good time; it’s also to practice healthy social, physical and emotional skills by participating in an activity that’s become less valued in our over-scheduled society — unstructured play. According to a 2017 study, only 1 in 3 U.S. children have enough exercise each day. And some schools have eliminated recess.

Recess Cleveland is also available for hire for corporate events, birthday parties, weddings, schools, neighborhoods, you name it. “Basically, anywhere where you want us to bring the fun,” Robertson says.

For most programming, Recess Cleveland charges a fee, which helps the organization offer free events at schools.

The party doesn’t stop in the winter. Be on the lookout for bubble soccer on ice at the Rink at Wade Oval in University Circle, along with potential indoor dodgeball, kickball and basketball tournaments.

Unfortunately, not all is fun and games. In early October, someone broke into Recess Cleveland’s van and stole/damaged an estimated $2,100 in equipment, with more than $300 in damage done to their truck. But thanks to a generous response from the community, the organization has been able to replace more than 80 percent of what was taken or damaged.

Recess must go on — and Robertson is determined to reach a goal of 10,000 participants in one year.

> Text RECESS or VOLUNTEER to 216-242-2282, or visit recesscleveland.com to find out how to participate

Editor’s Note: Recess Cleveland is one of 36 nonprofits participating in Cleveland’s first citywide Giving Tuesday campaign — powered by WISH Cleveland. Find out how you can donate, sponsor and/or participate in this cause, which seeks to create a more equitable future in our city, here. 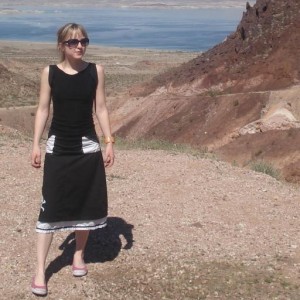 Sarah Valek is a freelance writer and social work grad student based in Cleveland. She spends much of her time homeschooling her son, piecing together curriculum, rethinking traditional education and enjoying the outdoors.
PrevPrevious postPermanency in a Cookie Jar
Next postBuy less. Give more. Recapturing joy this holiday seasonNext