One Bay Village church must heat the sanctuary for up to 12 hours to bring the organ to its proper operating temperature. Bethesda on the Bay Lutheran also has two 1960s-era boilers that don’t work together.

“If one of them goes down, half the building is cold,” says William Pope, a church member since the early ’90s. “The boilers are on 24-7, 365 days a year. We don’t shut them down over the summer because we’re afraid to fire them up in the fall.”

Bethesda Lutheran isn’t alone. Most churches in Northeast Ohio were built during a time when energy efficiency wasn’t a consideration. That’s why Pope and a committee at his church formed to address this concern.

“It’s about the church being a leader, representing what we hold true about protecting the earth, to be conservative in what we do, not to waste,” Pope says. “We want to be good stewards of the earth.”

As a first step, the church contacted Ohio Interfaith Power and Light, a nonprofit in Columbus that assists diverse faith communities across the state on energy related issues. Along with the cost-saving recommendations Bethesda Lutheran was seeking, Ohio IPL also provides educational programs about renewable energy, environmental stewardship and global warming.

The church started with a small sanctuary in the mid-1940s, then built a larger sanctuary along with educational and administrative offices 20 years later. The Level I (or basic) energy audit by Ohio IPL recommended turning off boiler pilot lights in the summer, reducing the water heater temperature, replacing exit signs with LED fixtures, installing automated shut-off lighting in bathrooms, and replacing weather stripping. For more ambitious changes, such as replacing the nearly 250 (4-foot) fluorescent light fixtures throughout the building, a replacement plan will spread the cost over time.

Ohio IPL also set the church up with Energy Stewards, a software used to track energy consumption from electric and gas bills. “I use the tracking function all the time,” says Jim Chorba, the congregation’s inside property chairman. “I can go back 24 through 36 months to see how we’ve been trending.”

With a Level 2 energy audit, the church had a more detailed walk-through of the building.This included visits to the roof to capture infrared images (which identify heat leaks) and installing monitoring systems in the boiler rooms. The process helps determine where and when energy is used in the building.

“If we know where energy is needed most, we can focus on taking care of those areas and turn down the energy in different areas,” says Chorba. “If it’s not manned, why heat it? Why cool it?”

Ohio IPL’s work with Bethesda Lutheran produced a recognizable benefit. Using data from Energy Stewards, Craig Foster, Ohio IPL’s technical consultant, estimates the congregation’s weather-corrected energy usage is down 6.9 percent from a base year ending in July 2015. Chorba expects to see more pronounced energy savings as more fluorescent light fixtures are replaced and when the church’s heating system (currently consisting of two boilers, each more than a half-century old and not coordinated with each other) is modernized.

Foster can not only propose a program of energy efficiency enhancements to congregations, but also explain the spiritual need for these improvements. He works as a professional engineer and is the director of delivered services at energy management firm Energility. Foster also is an ordained deacon in the Episcopal Church.

“I try to help people investigate why God calls us to care for creation, and that the results for the congregation include more than the dollars and cents of the program,” Foster says.

While working as an educational director for Methodist and United Church of Christ congregations, Marti Hunter, an Ohio IPL communications consultant, joined campaigns against mountaintop removal mining and the pollution of the fossil fuel industry. “Climate change impacts the most vulnerable and is a moral issue,” Hunter says.

Installing solar panels like the First Unitarian Church in Shaker Heights may be too much change for Bethesda Lutheran to handle. But with Ohio IPL’s help, the church is nevertheless reducing its energy consumption, and in a small but meaningful way contributing to the fight against climate change. 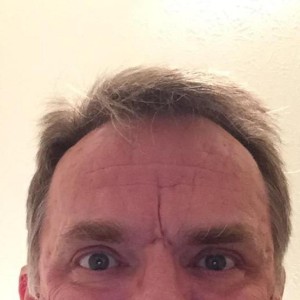 Ken Rogers is a freelance writer in Cleveland. He is eager to see America make the difficult but necessary transition to alternative energy sources.
PrevPrevious postCleveland students create poetic response for Protect Our Babies campaign
Next postRethinking homelessness at the Metanoia ProjectNext