“What surprised me the most about the exchange student’s story is that he was from an affluent family, which showed that human trafficking can happen in literally any neighborhood,” explains Cupar, a junior at St. Ignatius High School who is part of the first group of youth ambassadors trained by Cleveland’s Renee Jones Empowerment Center to provide information about human trafficking and support to fellow young people.

Renee Jones has been working to stop forced sexual labor, or human trafficking, in Cleveland since before there was even a term for it, and she’s thrilled to have a passionate group of young people to help her address the problem. To Jones, it makes sense to involve and empower young people to take this struggle into their own hands. “They can learn to identify the signs of trafficking and to offer support as peers,” she shares.

With its many interstate highways, large urban centers and easy access to an international border, Ohio consistently ranks near the top of national human trafficking lists — up there with California, Texas and Florida. Toledo, in particular, is a known hotspot for trafficking. And perhaps the most distressing fact is a preliminary report citing 13 as the most common age in Ohio for youth to become victims.

In its first year, the Youth Ambassadors Training Academy is open to ages 16 to 24. Given the age of many victims, Jones thinks it’s important to keep the door open to participants younger than 16. RJEC works with parents or guardians on a case-by-case basis to allow younger teens to participate. Through the academy, the ambassadors learn about human trafficking and its effects on victims. They take this knowledge with them into their classrooms and social lives. Ambassadors are equipped to answer peer questions, offer resources and present at conferences.

Along with Cupar, current ambassadors are Autumn Fanz, a junior at John Carroll University; Thyra Chaney, a freshman at Cleveland State University; and Xavier Walsh, an eighth-grade student at Connections Academy.

The ambassadors learn how people get trapped in exploitative relationships and sold on the street. They are educated about substance abuse and how it’s often linked to trafficking. “It teaches you not just about human trafficking, but about mental health and things related to that,” says Walsh, the youngest ambassador, while handing out personal care items at a street event on a rundown section of Cleveland’s Lorain Road last summer.

Despite carrying this heavy knowledge, the ambassadors somehow remain optimistic and determined to make a difference. Franz explains, “Human trafficking is just one of these oppressive and horribly disgusting issues facing our world. By learning more about human trafficking, I am helping to create equality and freedom in a place where violence and trauma lives.”

After she graduates college, Franz aims to create a comprehensive sex education program for the state of Ohio. “I think educating children about consent and boundaries from an early age can do a lot to prevent future sexual violence,” she says.

The young leaders say friends often don’t know Ohio has significant trafficking. “When I told him [a friend] that Toledo was the fourth largest trafficking area in the United States, he did not believe me at first,” Cupar shares.

As a Cleveland State film student, Chaney says she wants to advocate for issues like trafficking in her work. “It would be great if survivors had more platforms to share their stories and change the preconceptions audiences may have about human trafficking survivors and what human trafficking really looks like,” she says.

The youth ambassadors are teachers embedded in our community. They are setting the simple but profoundly important example that we all need to follow: be informed and involved. By taking an awareness of human trafficking into their lives each day, the RJEC’s youth ambassadors are doing the work, bending the arc of the moral universe toward justice. 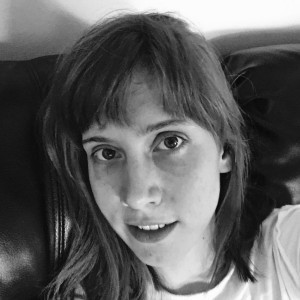 I'm a part-time warehouse worker and a full-time student of life. I don't have religious faith, but I do have faith in people.
PrevPrevious postOur Top 5 stories in 2018
Next postA Message for Mothers and Daughters Who Don’t Get AlongNext